Think back to the last time you tried to break a habit. Whether we’re talking about biting your nails, snacking late at night, overspending, or excessive social media use – bad habits are easy to learn and much harder to break.

If you’ve ever tried to break a bad habit, you know what we’re talking about. Breaking a habit requires tremendous willpower and a good idea of ​​what habits are and how they are formed.

So, how can we break these bad habits? And why is it so hard to break habits – even when you’re super motivated?

Although it may not seem like it, a habit is an automatic behavior and not a decision you make consciously. Once the behavior is ingrained in your brain, it’s not really a choice you make.

Habits exist for the convenience of our brains. Our brains are made to find shortcuts to everything so that we can save energy and focus on more important things. The moment our brain notices that we often repeat a certain behavior, a habit is formed, which allows our brain to go on automatic pilot.

So if you’re doing your morning routine, cycling to work, or scrolling through Instagram right before bed, you probably don’t need to think much. This is because you have repeated this routine so many times that it is ingrained in your brain.

While they can save huge amounts of time and energy, habits can also negatively impact our productivity, well-being, or happiness. But fear not – there is good news too. We can break these habits by understanding how to communicate properly with our brains.

Here are 6 science-backed tips to “hack” your brain and finally get rid of your bad habits.

Find the root of your bad habits and find out why your Habit even exists. According to Charles Duhigg, there is a formula that we can apply to any habit. Habits, according to him, consist of three fundamental parts:

1. The signal: the feeling, time, or location that ‘triggers’ your Habit

2. The routine: the Habit itself

3. The Reward: The Feeling Satisfied by the Habit

Finding out what these three steps are is the first step in breaking your Habit. Here’s how: When the Habit sets in, try to figure out what the signal is and what the reward is. For best results, write down the signal, routine, and reward each time.

Suppose you have a habit of endlessly scrolling through social media before going to bed. You want to get rid of this Habit because you want to improve the quality of your sleep. Then ask yourself, “What triggers this routine?” and, “What desire is my body trying to fulfill?”.

Pay close attention the next time the Habit occurs. Write it down when you turn off your nightlight before going to bed (the signal), grab your cell phone and scroll through your feed (routine), and feel socially connected (reward). After a few times, see if there is a pattern in your behavior. If you’re always scrolling through your phone right after you turn off your light (signal) or find that this Habit gives you a sense of social satisfaction (reward), you’re onto something.

Getting a diagnosis will make it easier to find effective alternatives (more on this later), and it will also help you become more aware of your Habit. This awareness will change your Habit from an automatic, unconscious routine to a deliberate, conscious behavior.

The first step in breaking your Habit is figuring out what the “signal” is that triggers your Habit. Why? The signal sets the Habit in motion. And without this cue, your bad Habit won’t happen.

So the trick is to avoid the signal altogether. According to behavioral economist Dan Ariely, this is best done in a completely new environment.

“When you move to a new environment, you don’t have all the signals that your old environment had. Take advantage of a period in which you go on holiday, for example, or do something else for a few weeks. These are really good times to break a habit .”

Researchers found that students who entered a new university were more likely to change their old habits than students in the control group. This was because these students were no longer exposed to old familiar cues.

So it is more effective to break a habit while on vacation or on a business trip. Since your brain isn’t exposed to the normal triggers, it doesn’t have to fight your instincts as hard. And once you’re back in your familiar surroundings, it’ll be easier to continue your new good Habit.

If a holiday isn’t on the schedule (which is the case for most of us now – thanks, Corona!), it’s smart to tackle the signal in the environment where you are now. Let’s take the phone addiction example again – if you know that turning off your nightlight is the signal, you can experiment and see if you still crave this Habit if you don’t turn the light on at all! This could be the solution to your bad Habit.

See your goal from a different light.

Now that you’ve addressed the signal, it’s time to turn to another important part of habits: the routine. Just a quick refresher: the routine is the behavior elicited by the signal.

Usually, when we decide to break a habit, we formulate those habits in a negative way. We say we’re not going to snooze in the morning, stop biting nails, or snack late at night.

But the area of ​​our brain that creates habits doesn’t understand these negative goals very well. It is easier to understand positively formulated goals. So instead of saying, “I’m going to stop eating junk food,” it’s better to say, “I’m going to eat healthy foods.” In fact, research shows that we reach a goal faster if we work towards the desired result (healthy eating) instead of eliminating an unwanted result (eating junk food).

Why is this so? Psychologists say that the pursuit of negative goals is associated with feelings of incompetence, decreased self-esteem, and less satisfaction with the progress made. These emotions keep us from taking action. The thought of achieving a positive goal, on the other hand, creates happy feelings, increasing our chances of success!

Find something to replace your bad Habit with

Here’s another reason why our brains don’t understand negative goals very well: It’s very hard for our bodies to completely stop a habit. Once a habit is created, it becomes instinctive for us to complete the whole routine when our brains recognize the signal and “crave” the reward. So telling yourself, you’re going to stop overspending in restaurants isn’t enough.

Rather than just quitting your bad Habit—which almost never works—the trick is to teach your brain a new routine to replace the old one. How are you doing this? Keep the old signal and reward yourself, but add a new routine.

Going back to the phone before bedtime example, you’ve already found that as soon as you turn off your nightlight (signal), you crave your social media (reward), and this Habit makes you less good at night. Sleep.

To replace this Habit, think of another activity that you can do when you get into bed that also fulfills the desire for social interaction. For example, call a friend for a few minutes or FaceTime your mom before going to bed (bonus: you make your mom happy!). Experiment with a few routines to see what works best for you.

Once you’ve found your new routine, do your best to do it every time the signal and desire bubble up. Because this new Habit targets the desire in your brain, you won’t feel much physical or psychological resistance. And the more often you do it, the easier it becomes for your brain to replace this new Habit with the old one.

Sharing your goals with others is hugely underestimated. Research from the Association of Science and Technology shows that if you tell a friend you’re working towards a goal, you’re 65% more likely to achieve it. And if you meet up with a friend to talk about your goal, your chances of achieving it goes up to 95%. Wow.

Why is this so effective? Once we say a goal or promise out loud, we feel an obligation to fulfill it because of our fundamental drive to maintain a consistent behavior. This tendency is called “cognitive dissonance” in psychology.

Sharing your goals with friends also leads to positive reinforcement. Suppose you tell a friend that you make a habit of spending less money. If you tell him that you cooked dinner at home instead of going out to dinner, he will probably respond positively. When this happens, your brain will internalize the compliments and pleasure from them. This is, of course, very motivating and makes it easier to keep up your good Habit.

Be kind to yourself.

If you want to break a bad habit, chances are not everything will go perfectly. It’s so tempting to scroll through your feed after a long day at work, despite your best efforts to go to bed early. Or spend that extra $30 on att insurance, even if you’re trying to cook at home.

When this happens, it’s best to be kind to yourself. If you self-deprecate, you may begin to associate your goal with negative emotions, which can hinder your progress and motivation.

Here’s the good news: Messing up once in a while won’t massively affect your brain’s processes, according to a study conducted by Dr. Phillippa Lally. If you make a mistake, accept it and just pick it up again. You will find that the process continues as if nothing ever happened.

Making a mistake can actually be a productive step in your quest to break your Habit – it will teach you something new about your Habit that can influence your strategy. If you’re trying to eat healthily but have indulged yourself at a business dinner or when you’re stressed, you know you can prepare yourself for it next time. Chances are, this experience will lead to greater success in breaking your negative Habit.

We all have a habit that we want to get rid of, but it’s not enough to promise ourselves that we will just stop. Our brain is the most powerful organ in our body – and once a habit is ingrained, you can only break it by communicating with your brain (in a way your brain will understand). With these hacks, you can break your habits in no time. And who knows – maybe this challenge will improve your life in more ways than one. 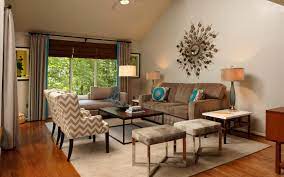 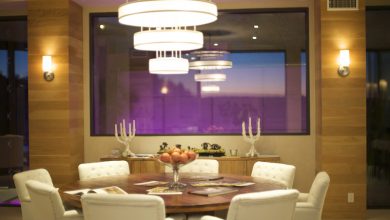 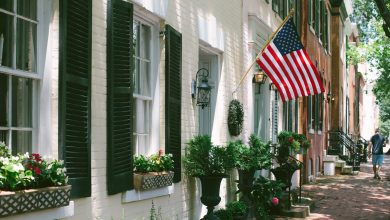 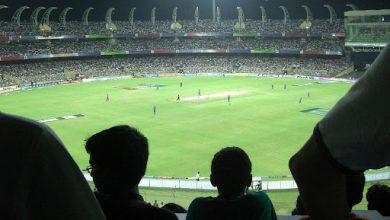 6 Interesting Facts about IPL you must know